Isaac Levitan was born in a shtetl of Wirballen, Province of Kowno in Lithuania (then in the Russian Empire) into a poor but educated Jewish family. His father Elyashiv Levitan was the son of a rabbi, completed a Yeshiva and was self-educated. He taught German and French in Kowno and later worked as a translator at a railway bridge construction for a French building company. At the beginning of 1870 the Levitan family moved to Moscow.

In September 1873, Isaac Levitan entered the Moscow School of Painting, Sculpture and Architecture where his older brother Avel had already studied for two years. After a year in the copying class Isaac transferred into a naturalistic class, and soon thereafter into a landscape class. Levitan's teachers were the famous Alexei Savrasov, Vasily Perov and Vasily Polenov.

In 1875, his mother died, and his father fell seriously ill and became unable to support four children; he died in 1877. The family slipped into abject poverty. As patronage for Levitan's talent and achievements, his Jewish origins and to keep him in the school, he was given a scholarship.

In 1877, Isaac Levitan's works were first publicly exhibited and earned favorable recognition from the press. After Alexander Soloviev's assassination attempt on Alexander II, in May 1879, mass deportations of Jews from big cities of the Russian Empire forced the family to move to the suburb of Saltykovka, but in the fall officials responded to pressure from art devotees, and Levitan was allowed to return. In 1880 his painting Осенний день. Сокольники (Autumn day. Sokolniki) was bought by famous philanthropist and art collector Pavel Mikhailovich Tretyakov. (See also Tretyakov Gallery)

In the spring of 1884 Levitan participated in the mobile art exhibition by the group known as the Peredvizhniki and in 1891 became a member of the Peredvizhniki partnership. During his study in the Moscow School of painting, sculpturing and architecture, Levitan befriended Konstantin Korovin, Mikhail Nesterov, architect Fyodor Shekhtel, and the painter Nikolay Chekhov, whose famous brother Anton Chekhov became the artist's closest friend. Levitan often visited Chekhov and some think Levitan was in love with his sister, Maria Pavlovna Chekhova.[citation needed]

In the early 1880s Levitan collaborated with the Chekhov brothers on the illustrated magazine "Moscow" and illustrated the M. Fabritsius edition "Kremlin". Together with Korovin in 1885-1886 he painted scenery for performances of the Private Russian opera of Savva Mamontov.

In the 1880s he participated in the drawing and watercolor gatherings at Polenov’s house.

The landscape of mood

Levitan's work was a profound response to the lyrical charm of the Russian landscape. Levitan did not paint urban landscapes; with the exception of the View of Simonov Monastery (whereabouts unknown), mentioned by Nesterov, the city of Moscow appears only in the painting Illumination of the Kremlin. During the late 1870s he often worked in the vicinity of Moscow, and created the special variant of the "landscape of mood", in which the shape and condition of nature are spiritualized, and become carriers of conditions of the human soul (Autumn day. Sokolniki, 1879). During work in Ostankino, he painted fragments of the mansion’s house and park, but he was most fond of poetic places in the forest or modest countryside. Characteristic of his work is a hushed and nearly melancholic reverie amidst pastoral landscapes largely devoid of human presence. Fine examples of these qualities include The Vladimirka Road, 1892 Evening Bells, 1892, and Eternal Rest, 1894, all in the Tretyakov Gallery. Though his late work displayed familiarity with Impressionism, his palette was generally muted, and his tendencies were more naturalistic and poetic than optical or scientific.

In the summer of 1890 Levitan went to Yuryevets (Юрьевец) and among numerous landscapes and etudes he painted The View of Krivooserski monastery. So the plan of one of his best pictures, The Silent Monastery, was born. The image of a silent monastery and planked bridges over the river, connecting it with the outside world, expressed the artist's spiritual reflections. It is known that this picture made a strong impression on Chekhov.[citation needed]

In 1897, already world-famous, he was elected to the Imperial Academy of Arts and in 1898 he was named the head of the Landscape Studio at his alma mater.

Levitan spent the last year of his life at Chekhov’s home in Crimea. In spite of the effects of a terminal illness, his last works are increasingly filled with light. They reflect tranquility and the eternal beauty of Russian nature.

He was buried in Dorogomilovo Jewish cemetery. In April 1941 Levitan's remains were moved to the Novodevichy Cemetery, next to Chekhov's necropolis. Levitan did not have a family or children.

Isaac Levitan's hugely influential art heritage[2] consists of more than a thousand paintings, among them watercolors, pastels, graphics, and illustrations.

A minor planet 3566 Levitan, discovered by Soviet astronomer Lyudmila Zhuravlyova in 1979 is named after him. 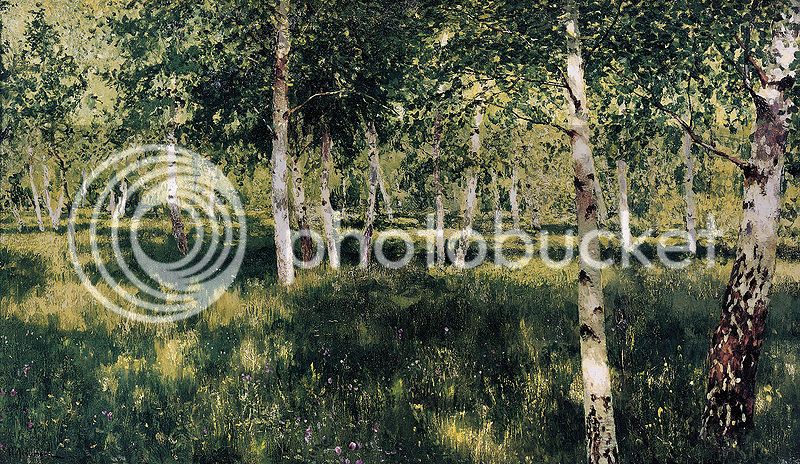 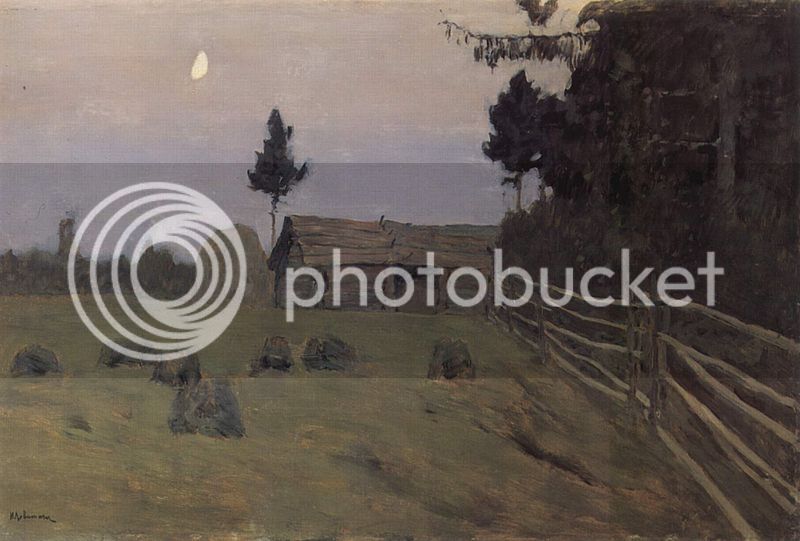 More from the Gallery series